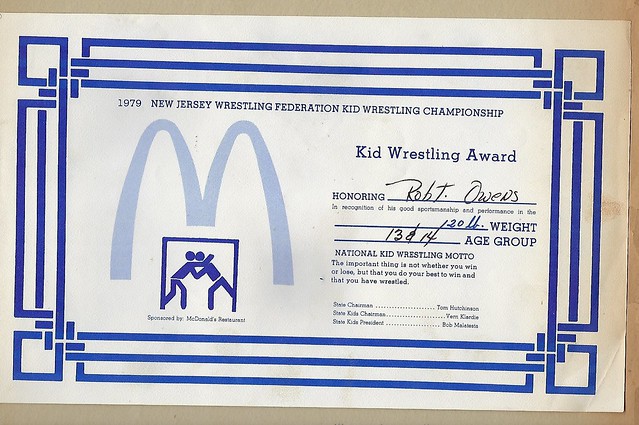 The first time I ever came to Vineland, I placed fourth in the South Jersey tournament. David Craig won this tournament. I had the pleasure of wrestling him daily.

A few things I recall. Weigh-in was tough for many of us. Someone shaved his head. Lots of throwing up. It seems to me I had to run to make weight.

There were eight or 10 mats running. During one of my matches, I was rolled on my left shoulder. Apparently, I let out a shout. I do not recall that. I do recall my left shoulder being dislocated. All matches were halted. Someone popped the shoulder back in place and taped it up. I then went out and pinned the opponent! Damn straight! 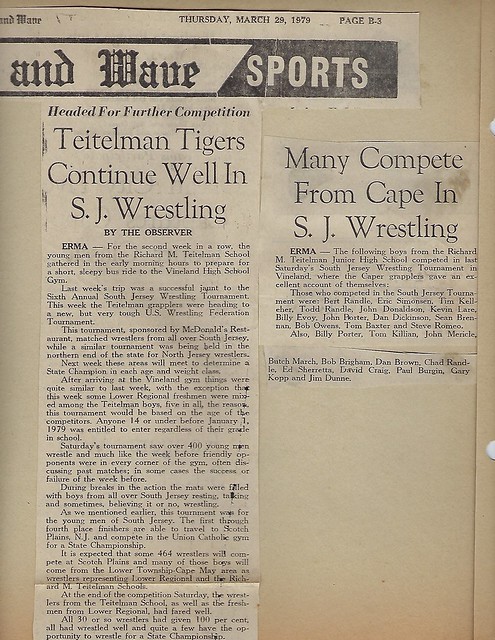 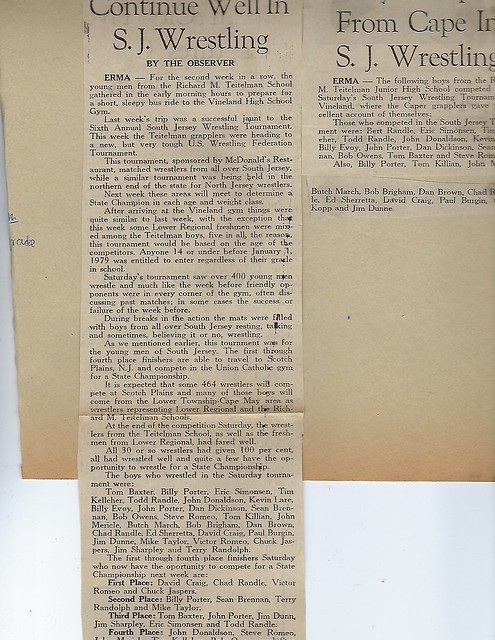 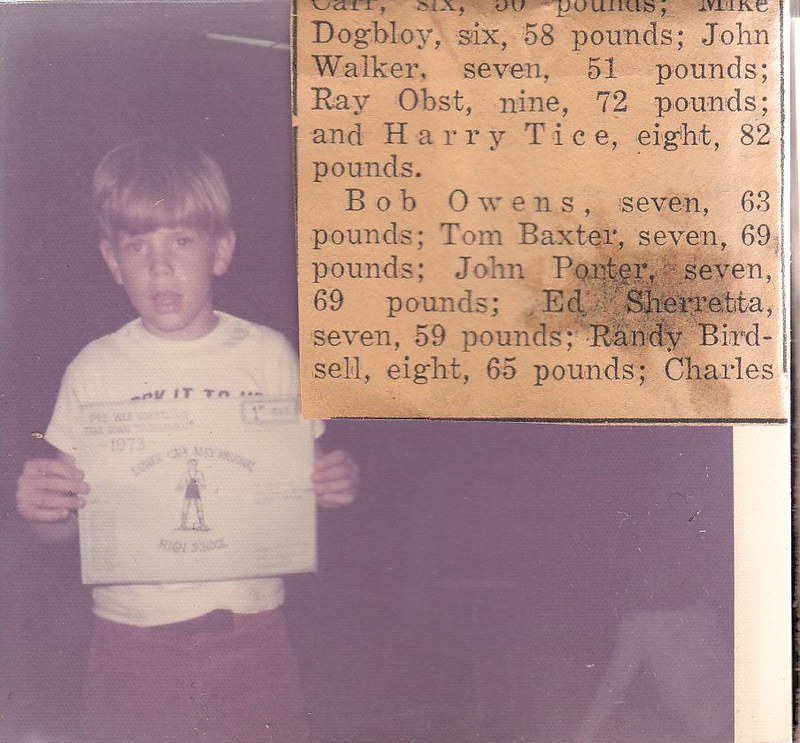 I believe this was the first year I wrestled. Lower Cape May Regional had a fabulous wrestling program. I wrestled through eighth grade with them and then in ninth at Wildwood Catholic. Much to the chagrin of Mr. Ziegler, I did not wrestle at St. Andrew’s. I should have, but I welcomed a less disciplined winter. 😉

Love the Sock It to Me T-shirt I wore (and the brown long pants). Dad took the photographs, I recall.

The happiness of your life depends upon the quality of your thoughts.